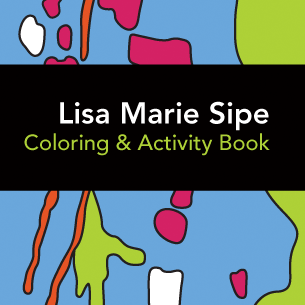 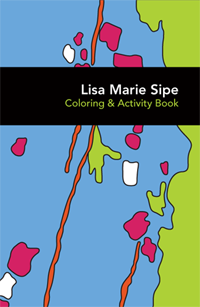 The Sketchbook Project is the opportunity to create a sketchbook to tour across the country and ultimately end up in the permanent collection at the Brooklyn Library. After hearing about the Sketchbook Project I thought it would be an interesting way to share my artistic vision and I loved the idea that my sketchbook would be part of a permanent collection in New York. So after signing up for the project online I received my sketchbook in the mail. Yay! I was so excited to start creating my book. Let me tell you those white pages freaked me out. I let the fact that the book was going to be in a permanent collection mess with my head. It made the book way too precious. After at least a month (or two!) I found the courage to work on a few pages. I put together thoughts for new paintings and left the sketchbook for a few weeks. When I picked it up to start working on it again I was mortified because my painting sketches just seemed SO boring. Thousands of artists were participating in this sketchbook project and what I had produced I thought would clearly get lost among these books. This made me think, what could I do to stand out from all of the other books? and what do I want someone to gain from looking at my book? I decided I wanted to educate people about me but in a fun way. Growing up I loved coloring books so I decided to create a coloring and activity book about me. At first I loved this idea but it also scared the crap out of me. It seemed so narcissistic but at the same time since it did freak me out I thought I should do it because it would push me outside of my comfort zone. Once I got started the coloring/activity book was really fun to put together. I came up with mazes where the activity was to get my painting into art institutions such as LACMA, The Tate Modern and the Guggenheim. I used a Word Search game to make links to other artists I have shown my work with. It was an educational exercise because I didn’t realize I’ve shown my work with hundreds of other artists.

The 2012 Sketchbook Project began it’s tour on April 14th at the Brooklyn Library in New York and makes it’s way around the United States, then to Canada, England and finally ending the tour November 21st in Australia (click here for a full list of tour dates).

I was so happy with the hand-built version of the sketchbook I decided to publish it commercially on Blurb. So if you want to color some of my paintings, or help me get into the Guggenheim you can buy your copy here for $15.00.